trendtalk#5 is on Tuesday 23 April from 15h30 to 17h00 at the Plascon Design Centre Auditorium, 71 Waterkant St, Cape Town. We hope to see you there! 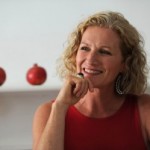 Alayne Reesberg has been appointed as the CEO of Cape Town Design, NPC – the implementing agency for the World Design Capital 2014.

Alayne was born in Ladismith (Western Cape) and spent her formative years in Upington. She was educated at UCT and then followed a career in diplomacy, witnessing two seminal political events – the end of the Cold War that started the process of Cuban troop withdrawal out of southern Angola (and led to Namibian independence), and the release of Nelson Mandela in 1990, which saw South Africa propelled on a path to democracy.

In 1997 Alayne graduated with a Master’s degree in Communication Studies, and moved to management consulting. After graduating, she spent two years working with private equity money in dot.coms. She joined the Microsoft Corporation at its Seattle headquarters in 2001, where she worked for six years in Bill Gates’ Enterprise Division.

Her work for Gates entailed intensive relationship management between Microsoft and its 100 top enterprise accounts, touching CEOs, CIOs, CTOs and CFOs of the client companies. From 2007 until she took up the position as CEO of Cape Town Design, she has run her own consulting company, working with many of South Africa’s blue-chip corporations. She rates Cape Town, New York, Washington DC, London, Dublin, Shanghai and Paris among her personal most ‘liveable’ cities.

Alayne will be discussing WDC2014!

Born in 1983 in Johannesburg, South Africa, Daniel Popper is a man with a knack for creating artworks that bring fantasy to life. He earned a Bachelor of Fine Arts (with distinction in Oil Painting) at the renowned Michaelis School of Fine Art in Cape Town in 2006. Since then his career has developed at a global level, and has seen him working in puppetry, performance, installation and sculpture. Daniel is constantly striving to excite and engage with his audience by creating larger than life works with a focus on interaction and participation.

Daniel will speak about the intersection of art and experiential marketing. 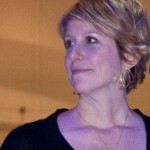 Kelly Berman is currently the Manager of the Design Indaba Expo, a showcase of South African design held in Cape Town. She was previously the Deputy Editor of Elle Decoration South Africa, and before that, was the New York correspondent for the magazine. South African by birth, she spent several years in New York and London working as a magazine and publications editor before returning to Cape Town.

Kelly will give a reportback on the Afrofuture exhibition that forms part of Milan Design Week, and at which she is a guest speaker. Curated by Beatrice Galilee, the show looks at how African designers are envisaging the future. 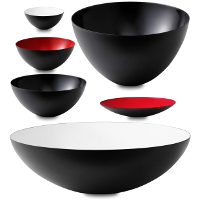 Bless those entrepid people at Entrepo for bringing desirable objects to our shores. So we can now get Norman Copenhagen and other incredible brands here in SA! We love Entrepo – and not just because former trendtalk speaker Brad Armitage consulted on the identity of the store. And we are so thrilled that they love us too!

Luckily for you, the outcome of all this delirious romance is that one trendtalk#5 attendee is going to win something supremely gorgeous from yes, you guessed it, Entrepo! This is one of those moments when the “employees” wish we could enter our own competitions!

Entrepo has kindly agreed to give away an iconic Krenit Bowl, originally designed in 1953 by Herbert Krenchel. A fine example of Danish minimalism, the bowl won Gold at La Trienale in Milan in 1954, and has since formed part of many museum collections across the globe. Recently relaunched by Norman Copenhagen, the Krenit Bowl is still in production today, and apparently the renowned Mr Krenchel is still alive to enjoy his breakfast in one! Here’s to you, Herbert… (and Entrepo of course ;-)) 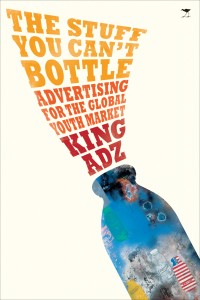 “The Stuff You Cant Bottle” has been bottled into a spanking new book by King Adz, a former trendtalk speaker (see below) and youth content specialist. He and publishing house Jacana have kindly agreed to give away a copy [snaps! for them] of this exciting new publication about advertising for the global youth market, specially for trendtalk#5. This will be a surprise giveaway at the event itself and so unfortunately the giveaway will only be open to those who attend trendtalk#5!

trendtalk sessions are held in aid of design charity Rock Girl. Founder India Baird will give us an update about a made-to-aid tank top by fashion label Jenni Button and fine artist Paul du Toit. 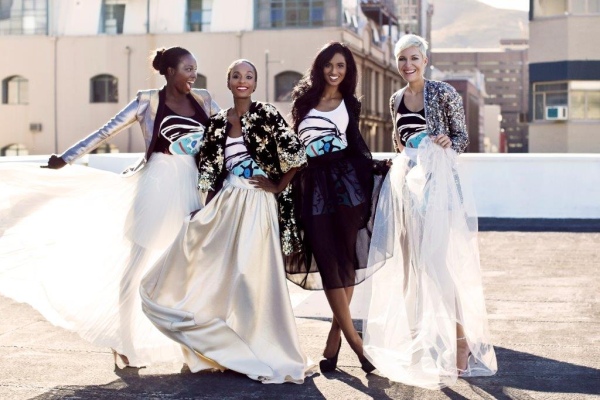 Guests are asked to please to arrive early to secure a seat, as we regret there is no advance booking. trendtalk#5 is open to all interested parties.

If you’d like to receive regular news about upcoming trendtalk sessions, please sign up for our newsletter using the form at the top right of this page.

Sir Juice will keep us refreshed before, during and after…

It’s an industry gathering where key presenters reveal the latest design and décor trends, by sharing visuals, provocative ideas and thoughts on the lifestyle shifts that will touch us now and in the future. trendtalk sessions are open to all interested parties. trendtalk was started by Lauren Shantall in response to repeat requests for a talk on trends she first gave at Lacia Gess’s Décor and Design Network. Aware of the ongoing need for this kind of forum, the trendtalk sessions have now been expanded into regular events, organized by Lauren and MC’d by Lacia. The sessions are hosted by Plascon, and are in aid of design charity Rock Girl.

Here’s a taste from a previous speaker:

Lacia Gess runs the Design and Decor Business Network, a platform that offers people in the industry an opportunity to get together to be inspired, promote their business and get contacts and leads over breakfast. She is also the founder of Lifestyle Tours, where she offers fun yet educational bus tours of Cape Town’s Creative Industries.

Comments are closed, but trackbacks and pingbacks are open.


Warning: Parameter 1 to W3_Plugin_TotalCache::ob_callback() expected to be a reference, value given in /home/trendwxj/public_html/wp-includes/functions.php on line 3385